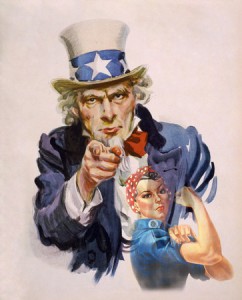 Workers Are Heroes ... Except when they're not.

ABCNews.com has a video report entitled “How do Wages Stack up Nation Wide?: A look into government wages versus those in the private sector.” The point of their report is to determine whether Governor Scott Walker of Wisconsin has a point. Are his unionized public workers being ‘overpaid’?

In my opinion, however, the wrong question is being asked.  It accepts the ‘framing’ and plays into the hands of union-busting conservatives.

There seems to be an element of Schadenfreude at work here, along the lines of, “If I’m paid poorly, shouldn’t public sector workers also be paid poorly?”

Rather, shouldn’t the question really be, “Are private sector workers underpaid because businesses have been so effective at defeating unionization and destroying existing unions??

According to the ABC News report, 17% of all workers work for “the government”, by which they presumably mean the federal, state and local governments all together.

The conclusion of the ABC News report on the specific question of average pay:

When framed this way, the results can look pretty damning for the public sector workers, but are these the conclusions that should be drawn? Is the right question even being asked?

According to the U.S. Bureau of Labor Statistics,

The conclusions that should be drawn? Collective bargaining works. Union workers are able to collectively bargain from a stronger position than non-unionized private-sector workers.

When the facts are framed this way, the real question is, why aren’t more workers  — both private sector and pubic sector — unionized in an effort to secure better wages and working conditions?