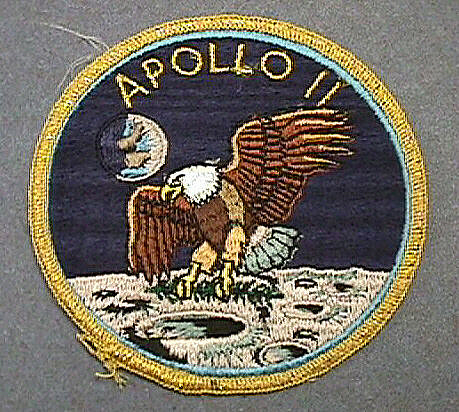 Today I received a campaign email from Alan Grayson. His email is included here, below my response: I have said this before, and I’ll say it again: “Great nations look forward to great accomplishments yet to be achieved. Declining nations seek glory in their past.”* Which are we to be?

Humans WILL return to the moon to stay, whether those humans are American or not. The only question to be answered is whether Americans will be among them or even leading them, or will Americans be sneering at the future while leaving it to others who are actually building it?

We as a nation can continue to lead history, or we can watch it pass us by. I hope you will re-think your attitude on this topic. Making fun of a re-invigorated space program is not something I would expect of an Orlando, FL congressman, if that is what you hope to once again become.

[* – Added Note: My actual quote is here:  “Declining nations glory in their past accomplishments because their future looks so bleak. Rising nations become great by looking to the future, investing in their people and their infrastructure, and taking risks.”]

A few days ago, when I heard about Newt Gingrich’s plan/idea/hallucination to make the Moon the 51st State, I wondered what else he has in mind for the country we all love.  (I mean America.  And, for liberal Democrats, North Korea.  Or at least that’s what Newt would say.)

Newt conducted a whirlwind campaign tour around my State of Florida this week.  (Better late than never.  No, actually, better never.)  At the Space Coast, Newt explained what he wants NASA to do.  I started to think through what other great plans/ideas/hallucinations that Newt might have in mind for the rest of us.  A sort of a Contract With The Universe.  Based on Newt’s lunar lunacy, here is what I think that we may see from Newt Gingrich, 45th President of the United States:

(1) Gingrich will direct the Army Corps of Engineers to drain the Mediterranean Sea.  Gingrich will then lay claim to all of the land underneath it.  And then he will put the screws to Crete.  (Warning to Newt: this may hurt you with your key Tea Party constituent group, the Cretins.)

(3) In order to qualify for the Children’s Health Insurance Program, Gingrich will make infants change their own diapers.  You know, to show them the value of work.

(5) Gingrich will command the Department of Energy to dig a hole deep down into the Earth’s crust, and fill it with soufflé.  Think of how proud we will all feel, watch the world’s first geothermal soufflé rise.  And rise.  And rise.

(6) Gingrich will have the U.S. Postal Service deliver the mail by drone airplane.  Just bomb the mailboxes.  First with the mail, and then . . . .

(7) Gingrich will instruct NOAA to conduct a valid scientific test to see whether prayer can change the direction of hurricanes as they approach the shore.  A double-blind test, so the hurricane doesn’t know.

(8) Gingrich will mandate that the National Institutes of Health develop a neurological examination to determine whether Newt Gingrich really is more intelligent than every other human being combined.

(10) Gingrich will proclaim a Constitutional Amendment mandating that Newt Gingrich (a/k/a the “Great Leader”) be President of the Earth-Moon Alliance for life, and twenty years beyond that.   Just work out the details.

You think I’m kidding.  Well, don’t cling to that conclusion.  Here are some actual things that Newt really said, and I’m not making any of them up:

“I have enormous personal ambition. I want to shift the entire planet. And I’m doing it. I am now a famous person. I represent real power.”

Gingrich on Gingrich:  “The most serious, systematic revolutionary of modern times.”

Newt Gingrich decides who lives and dies.  When a reporter asked Gingrich what to do about the homeless a few days after the police shot a homeless man in front of the White House, Gingrich said: “Give the park police more ammo.”

And Newt Gingrich determines what is true and false.  As he said a few weeks ago:  “Any ad which quotes what I said on Sunday is a falsehood.”

Why is such an obvious megalomaniac considered to be a serious candidate for President?  I don’t know.  You would have to ask the Tea Party that question.

Let’s keep our eye on the ball, please.

Are you with me?

Paid for and Authorized by the Committee to Elect Alan Grayson

8 thoughts on “Letter to Alan Grayson: Going To The Moon Is NOT A Lunatic Idea”