Petting Charts For Cats And Dogs

I’ve become one of THOSE people. Cat videos.

I’ve learned of this one from a caller at KPFT-FM 90.1 Houston. He even has his own Wikipedia page.

In an era when companies are seriously talking about mining asteroids, there is an enormous untapped resource in space which is as close as low Earth orbit (LEO), and which is otherwise classified as ‘space junk’: Dead satellites. END_OF_DOCUMENT_TOKEN_TO_BE_REPLACED

One of Bill Clinton’s most (in)famous speechifying moments was in 1988, when he got his biggest cheer for the statement, “… In conclusion…”

At the Democratic National Convention, on September 5, 2012, Bill Clinton gave one of the greatest speeches of his life, and perhaps one of the best in political history.

Maybe one of the most remarkable aspects of that speech is how much of it was not in the prepared remarks.Yes, Bill Clinton may not be a great believer in Shakespeare’s quote that “Brevity is the soul of wit,” but nobody cared on that night of September 5th.

Below, I am belatedly adding my link to Atlantic Wire’s painstakingly detailed article showing where Bill Clinton departed from the prepared text, and what that text actually said.

The Aral Sea, located between Uzbekistan and Kazakhstan, was once the fourth-largest lake in the world – an immense body of fresh water covering a surface area of 68,000 square kilometres.

Two port cities were located on it – Aralsk in Kazakhstan and Moynaq in Uzbekistan. Both featured thriving fishing communities and the lake itself held some 22 different varieties of fish – four of which could only be found in the Aral.

on the two large rivers that flowed into the Aral Sea, the Amu Darya and the Syr Darya rivers.

This diverted these two giant rivers away from the sea into the deserts further south to irrigate large tracts of land. It proved disastrous for the Aral Sea.

[To read this entire article and see the video, click on link: People of the Lake – Al Jazeera World – Al Jazeera English]

I’m British. I’ve lived in the UK all my life. Had no idea you could do this with our coins. Did you? pic.twitter.com/XT6Lm4Xv 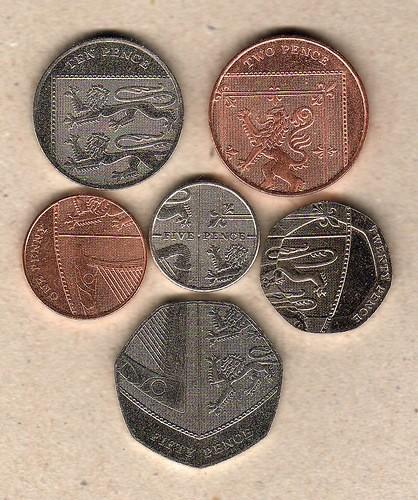 The Big Picture in British Coins

Washington Post blogger Max Fisher discusses the personal struggles of a Chinese web censor, and how the censor’s arguments could make perfect sense in the Chinese media context. ~ Mike

Spare a moment for the Chinese censor, stuck between a Communist Party that demands strict control and a few million Web users who increasingly expect the ability to speak their minds online.

As controversy over a censored newspaper grows into one of China’s biggest and potentially most significant free-speech fights in years, party officials are likely seeking greater control at exactly the moment that outraged Web users are making that task most difficult. At least one censor on Weibo, the popular Twitter-like service that often serves as the closest China has to a public national conversation, seems to have snapped.

A rant was posted from a Weibo account belonging to @Geniune_Yu_Yang, which is identified as belonging to a Weibo manager, about the pressure from government officials and complaints from regular users. To be clear, he’s not a state employee: Weibo self-censors, employing folks like @Geniune_Yu_Yang to implement the party’s ever-evolving guidelines on what is and isn’t allowed.

The message, translated into English by Global Voices blogger Oiwan Lam, indirectly explains the mechanics of Weibo censorship. He compares Chinese government censorship to a famous scene in the 1988 Italian film “Cinema Paradiso,” in which a priest watches a movie before it can be shown in public, ringing a small bell to indicate scenes that the theater staff should censor. [Read the full article here]

Occupy Wall Street ‏@OccupyWallStNYC: What do we want? Cats!! When do we want it! Meow! We are the 9 Lives! http//:pic.twitter.com/hVsXXl9Y

After watching “Cloud Atlas” and reading the many comments posted on Roger Ebert’s Facebook page, I found myself reflecting on circumflexion and the evolution of the yellowface East Asian eyebrows in cinema, particularly in regards to men. As a former copy editor, I developed this into a diacritical reflection on circumflexion.

I don’t know about you, but I’m have so little body hair that I don’t need to shave my legs, I never worry about waxing my moustache and my eyebrows are so thin I pencil them in. If I didn’t my eyebrows would be little more than en dashes over my eyes. Diacritically speaking, my eyebrows and eyes could be represented as a inverted semi-colon.

I know many East Asian guys who can’t grow more than a dirty-lip look facial hair and should wax and tweeze instead of shave. Their eyebrows might be more like an em dash. This isn’t how East Asian male eyebrows are drawn in for yellowface.

A woman after my own heart. ~ Mike

“In the fierce competition for readers’ attention, clarity is crucial — and clarity comes from using language well. Ease of reading is also important, because I (and I suspect most readers) are less inclined to struggle through an abstract, let alone a whole paper, if the authors make it hard work. I like to read in a smooth, fast flow, sucking up meaning without having to stop and think about how to interpret every sentence; if I wanted that kind of intellectual workout I’d read French. Translating from science into English can be quite hard enough even if the writing’s limpidly transparent, given the jargon and surfeit of acronyms.” ~  Kathleen Taylor, “Why Good Writing Matters” (January 9, 2013)

It’s worth waiting through the ad to watch the video. I promise. ~ Mike