A messy map, with part of Azerbaijan landlocked on the west side or Armenia, and Nagorno-Karabakh connected by war-won occupied Azerbaijani territory taken by Armenia 25 years ago.

For Armenians, they’re not occupied territories – they’re the homeland

As Armenian settlement in the sensitive territories grows, it becomes more difficult to imagine peace with Azerbaijan. Some say that’s the point. 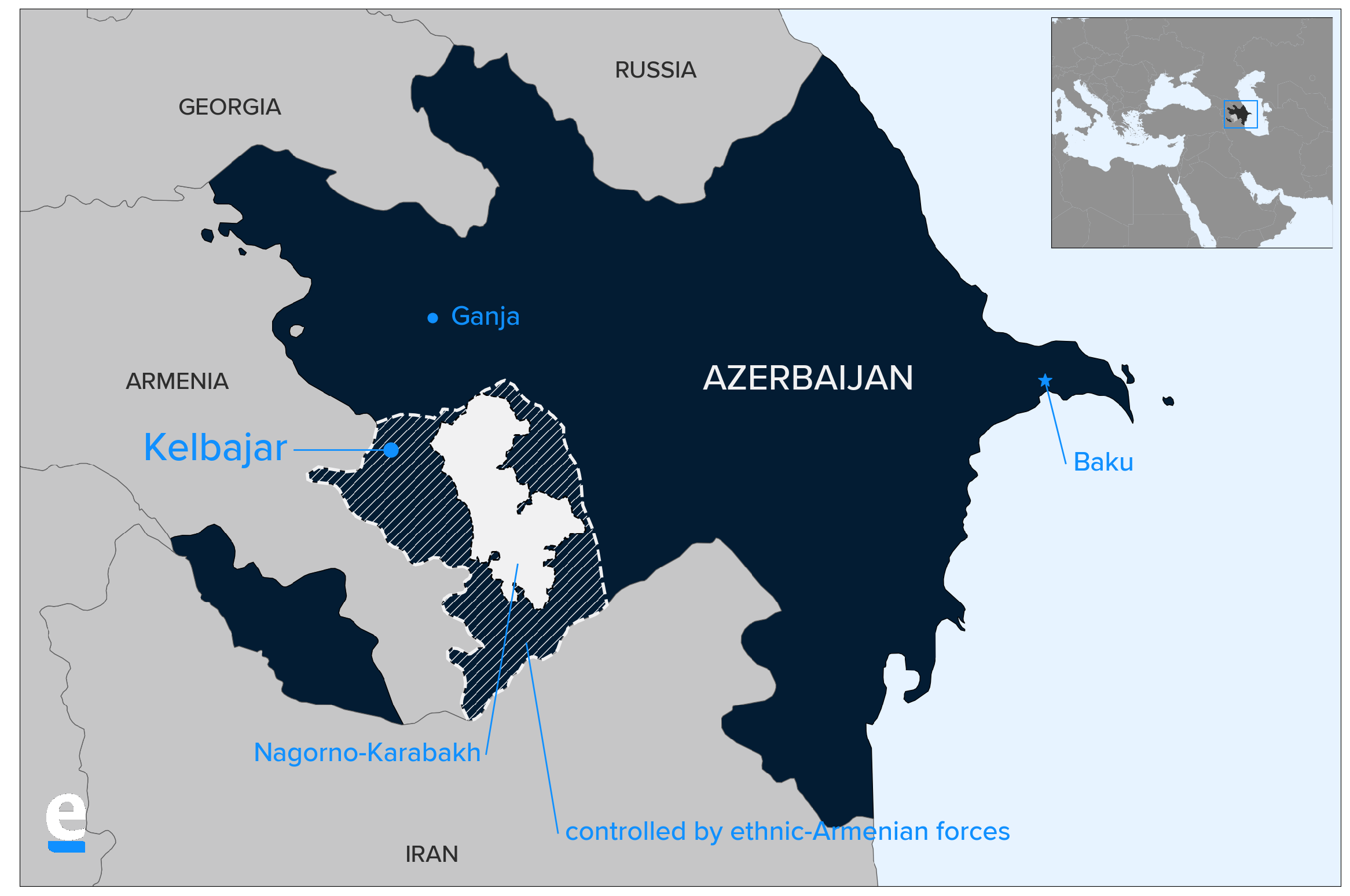 When Alexander Kananyan moved to Kelbajar in 2000, it was “completely destroyed,” he recalls. There was no electricity or telephone service, and he had to walk up to 40 kilometers to catch any sort of transportation.

But the hardships were worth it for the sense of meaning it gave him. In the early 1990s, Armenian armed forces had captured this territory from Azerbaijan. At that time, Kananyan – an ethnic Armenian who grew up in Georgia speaking no Armenian – was studying theology in Rome.

“There was a certain sense of guilt that others were fighting and dying while I was studying,” he said. “And I felt that the settlers, who were returning an Armenian presence to these liberated territories were in a way successors of those who liberated these territories and returned them to the bosom of the Armenian nation and state.”

Moving to Kelbajar “created unbelievable difficulties for everyday life,” he said. “But I felt like I was fulfilling a mission.”

The war with Azerbaijan ended in a ceasefire in 1994 and Armenian forces controlling about 14 percent of what had been Azerbaijani territory. Some of that was the former Nagorno-Karabakh Autonomous Oblast, but it also included seven districts surrounding Nagorno-Karabakh, including Kelbajar.

Unlike Nagorno-Karabakh, the population of which had been about three-quarters ethnic Armenian when war broke out, the seven surrounding territories had had a negligible Armenian population, instead inhabited mainly by Azerbaijanis and Kurds. As a result of the war they were emptied of their population and about 618,000 Azerbaijanis remain displaced from the conflict, according to United Nations figures, the large majority of those from the seven districts.

READ THE REST OF THE ARTICLE HERE